Better at everything. Qualcomm unveiled the top-of-the-line Snapdragon 8 Gen 1 chip 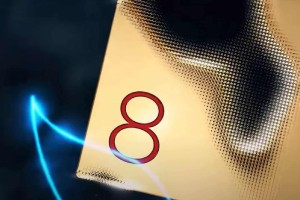 As promised earlier, there was a high-profile premiere at the end of the year, Qualcomm unveiled its new brainchild, the Snapdragon 8 Gen 1. The processor has received a lot of improvements, starting with a 4-nanometer processor and ending with a new naming system, where the first number stands for the class of the processor and the second number for the generation.

The architecture of the processor has received a standard implementation: the main core, working at 3 GHz, acts as a powerful locomotive, three working at 2.5 GHz, and four economy cores are engaged in everyday tasks which require not the highest performance. Nevertheless, it achieved 30 percent power efficiency and a 20 percent power boost, unlike its predecessor.

Thanks to the use of an 18-bit processor, which replaced the 14-bit processor, it is possible to capture a lot more data (4096 times), and the Always-On mode allows the camera to consume a minimum amount of power to work.

Many manufacturers, including Black Shark, Vivo, Honor, OnePlus, Motorola, and ZTE, have applied for the processor. The release of the first device on the new chip will take place this year.