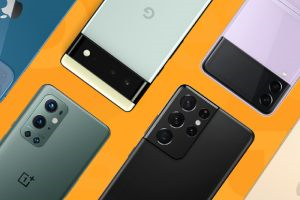 With each passing year, new applications and games worldwide are increasingly demanding the "iron" of smartphones. The popular Android Authority decided to find out how much RAM your gadget needs to work properly and did a little experimentation.

The publication used three devices for the experiment: Pixel 3 XL (4 GB RAM), OnePlus 9 Pro (8 GB RAM), and Galaxy S21 Ultra (12 GB RAM). Google and Samsung's smartphones had the latest Android installed, while the One Plus had Android 11. The games were opened on sequential gadgets during the experiment until one of them "flew away."

As expected, the worst result was shown in Pixel 3 XL, 4 GB RAM mobile, which was enough to play only three games. The first game "dropped out" when you played the fourth game. We haven't fully tested the OnePlus 9 Pro because of the firmware, which releases games before the free RAM runs out. The S21 Ultra showed excellent results, as it was able to load all the games and the researchers had to overload the processor with the Chrome browser.